6063 aluminum alloy sheet is the most commonly used in aluminum sheet extrusion, and also the most widely used and most used deformed aluminum alloy in extruding building profiles and industrial profiles.

With the development of high-speed, energy-saving, and continuous material processing, many aluminum extrusion manufacturers have hoped to adopt new low-temperature rapid extrusion technology in recent years. Generally, the extrusion speed of 6063 aluminum alloy is between 15m/min-50m/min for solid profiles and 10m/min-35m/min for hollow profiles. Rapid extrusion means that the speed of extruded products flowing out of the die hole is 60m/min. /min or more.

If the extrusion speed is too fast, there will be pits, cracks, etc. on the surface of the product, which increases the non-uniformity of metal deformation. How can we achieve rapid extrusion while ensuring the quality of the product?

For rapid extrusion, the requirements for aluminum rods are higher than those for ordinary extrusion. All aluminum rods must be homogeneous, and no oil pollution or inclusions are allowed in the aluminum rods. The homogenization of the alloy can increase the extrusion speed, which can reduce the extrusion force by about 6%-15% compared with the ingot without homogenization. For ingots that are rapidly cooled after soaking, almost all Mg2Si can be dissolved in the matrix, and the excess Si will also exist in a solid solution or as fine particles dispersed and precipitated.

To form a certain amount of Mg2Si, the silicon loss caused by impurities such as Fe and Mn must be considered first, that is, a certain amount of excess silicon must be guaranteed. To fully match the magnesium in the 6063 alloys with the silicon, it is necessary to consciously make Mg: Si<1.73 during the actual batching. The excess of magnesium not only weakens the strengthening effect but also increases the aluminum sheet cost.

The extruder must have a control system for constant velocity extrusion and constant pressure extrusion. With the advancement of modern technology, the extrusion speed can be controlled by a program or simulated program, and new technologies such as the isothermal extrusion process and CADEX have also been developed.

By automatically adjusting the extrusion speed to keep the temperature of the deformation zone within a certain constant range, the purpose of rapid extrusion without cracks can be achieved. It will greatly increase the actual temperature of extrusion, that is to say, there is no control system for constant velocity extrusion and isothermal extrusion, the discharge speed of the product is inconsistent, and there will be ripples or even cracks on the surface of the extrusion product. Achieve quick squeeze.

After the product flows out from the outlet of the die, in order to ensure that it can move forward in a balanced and rapid longitudinal direction along the extrusion center line, it must be pulled by a tractor, preferably double traction. Without the traction of the tractor, defects similar to water ripples may appear on the surface of the aluminum sheet that flows out quickly, or the products may be partially bent, or even the discharge will be blocked.

Control of the rapid extrusion process

Compared with the ordinary extrusion method, the low-temperature rapid extrusion method has its outstanding characteristics: due to the low temperature during extrusion, the heating time of the billet is correspondingly shortened, and the deformation speed is fast and the billet deformation time is short, which not only saves energy consumption but also greatly improves production efficiency.

Rod length control: The long rod hot shear is adopted, and the hot shear length of the aluminum rod is as long as possible according to the requirements of the production order, which can improve the extrusion efficiency, improve the yield and save costs to a certain extent. The aluminum rod for rapid extrusion is not allowed to have a connecting rod, because the distribution of impurity elements and inclusions at the interface of the aluminum rod is concentrated, and the surface quality of the product will be defective; and the stress distribution is also concentrated, which is unfavorable for the rapid extrusion of metal flow aluminum sheets. 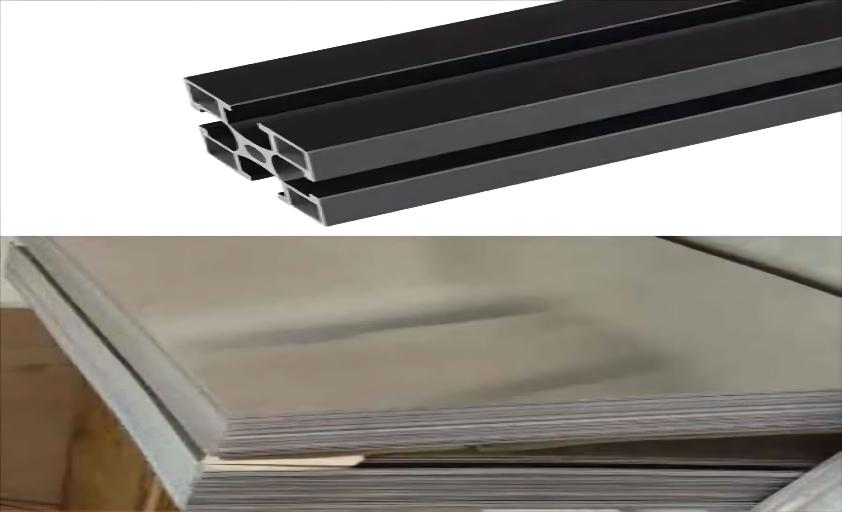